When you book with an account, you will be able to track your payment status, track the confirmation and you can also rate the tour after you finished the tour.
Sign Up
821 Gjirokastra – the “Stone City”, situated in the southern part of Albania only 1 hour far from Saranda city, on the eastern slope of mountain Mali i Gjere. It is a commercial center in South Albania, it produces foodstuffs, leather, and textiles. There are several 18th-century mosques and churches and an old citadel (rebuilt in the 19th cent.) in the town. Dating probably from the 4th cent., Gjirokastër passed to the Turks in the 15th cent. It was captured (1811) by Ali Pasha and was the center (late 1800s) of anti-Turkish resistance. In World War II it was occupied by Italy, Greece, and Germany in succession. What strikes the visitors most in Gjirokastra are its typical and characteristic houses which resemble little fortresses, clustered one above the other. Their exterior combines roughness with the beauty of windows, small rooms and light pillars supporting the roofs protruding from the walls. The most attractive feature is the stone which has been masterfully elaborated by the builders. Once Gjirokastra has been called the “city of one thousand steps” or “the stone city” 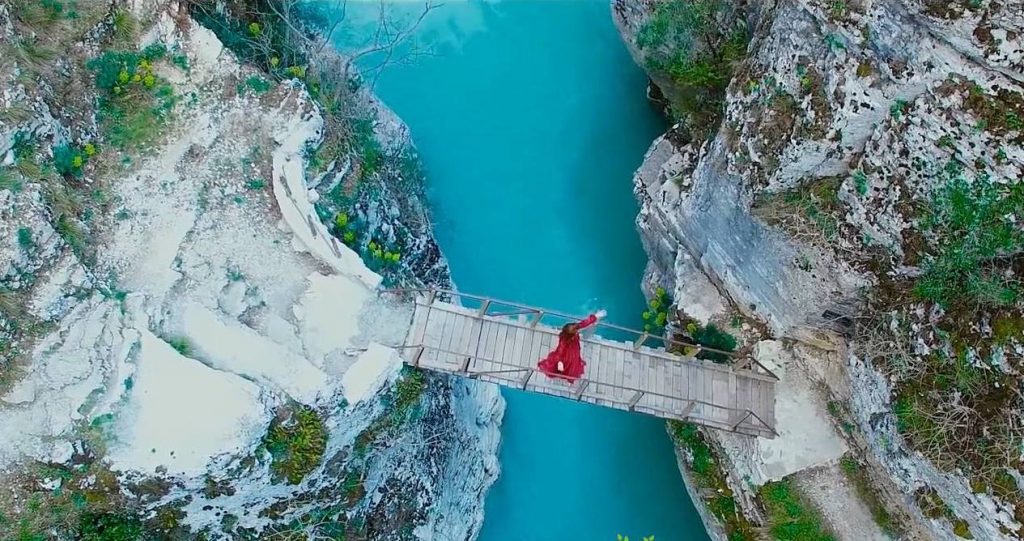