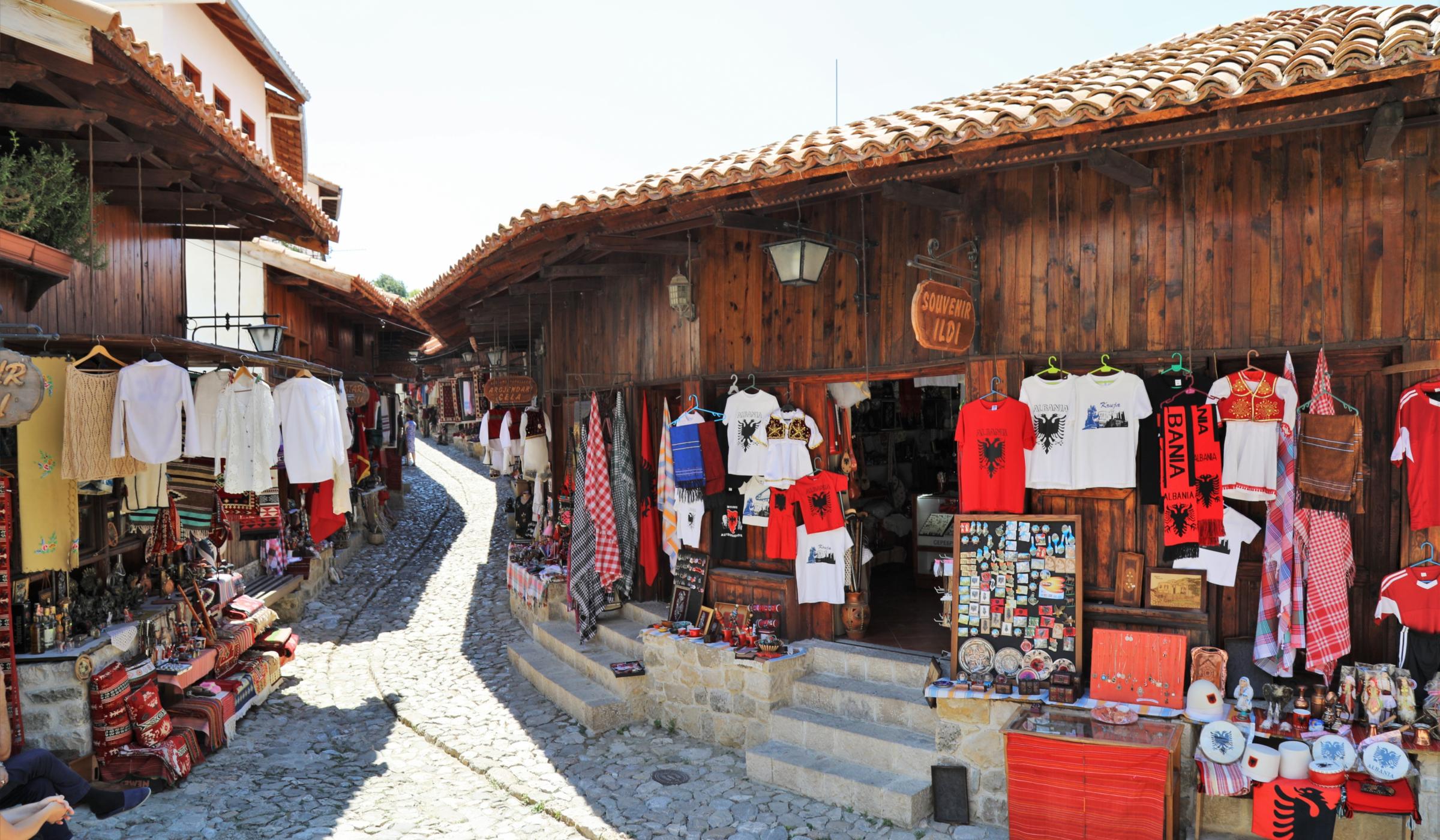 Visitors stay awhile because the city bustles with vigor and a burgeoning confidence fulled by old-world hospitality and a refashioned aesthetic. Bland, concrete-grey buildings are now canvases for a Pantone rainbow of creativity. Commuters are encouraged to pedal rather than drive, and green spaces have reclaimed their rightful prominence amidst the town’s eclectic architecture.

Those, however, are only physical attributes. What gives the urban tableau its flavour is the delicious juxtaposition of culture and eras. This Albanian nexus layers Illyrian, Roman, Ottoman and Italian influences and history. The city is also a study of contrasts where reminders – and the reinterpretation – of an iron-fisted, post-WWII communist legacy are scattered around a metropolis peppered with farm-to-table restaurants and modern cocktail lounges.

From above, dangling in a Dajti Express gondola that connects Tirana to the 1611m Mt Dajti looming above it, this architectural and cultural melange throbs with activity. The central synapse is Skanderbeg Square, which bisects the main boulevard and is flanked by the National History Museum, the Et’hem Bey Mosque and the National Theatre. As the cable car glides higher, the cityscape gives way, fading into dense forests of conifers and beech trees which dominate the 293-sq-km Mt Dajti National Park.

Albanians make no attempt to hide history. On the contrary, they embrace it as a badge of honour for what has been overcome. Case in point, when asked about don’t-miss attractions around the city, they will – nearly to the person – proudly list spots that highlight the country’s previous despotic regime, led by dictator Enver Hoxha. Hoxha and his party kept an entire population in isolation for four and a half decades, from the end of WWII until 1991.

The House of Leaves is the newest site to tackle this difficult time and paranoia that engulfed the country. The former headquarters for Albania’s National Intelligence Service, it was opened as the Museum of Secret Surveillance in 2017. The space, and its previous purpose – keeping files, or ‘leaves’, on citizens – is a brutal reminder of how twisted unchecked and isolated power can be.

A former nuclear bunker, Bunk’Art 2 is now a museum in the centre of Tirana .

Two other museums, Bunk’Art and Bunk’Art 2, shine a light on paranoia from a different direction – one in which citizens were actively enlisted – namely through the hundreds of thousands of bunkers built across the country to keep Albanians wary against foreign invasion. The first Bunk’Art, opened in 2014, is housed in the atomic shelter built for Hoxha and gives visitors access to his living quarters as well as spaces repurposed as historical exhibits. Bunk’Art 2, meant to protect the Minister of the Interior in case of nuclear attack, has 24 rooms which today include art installations and ones dedicated to the country’s timeline from 1913 to 1991.

From Blloku with love

The Blloku district, a 10-minute walk south of Skanderbeg Square across the Lana River, provides another innovative example of the past rejigged. It was once off-limits for regular citizens and reserved as a neighbourhood for the regime’s corrupt communist bosses. Today the area’s grid of streets is stuffed with trendy restaurants, lounges and designer boutiques.

You can still see Turkish coffee prepared the traditional way in a Tirana.

At sunset, before mixing it up with the chic set that frequents the quadrant, order a cocktail at Rooftop XVI on the 16th floor of the Sky Tower. Take in the panorama and get your bearings, then head down to street level for a second round at Radio, a relaxed haven for 30- and 40-somethings where a handsome array of whiskys share space with antique radios and where live music and DJ sets are the norm.

‘In some ways, Blloku is a good example of how the city completely redefined itself,’ Gent Mati, a lifelong resident of Tirana, points out. Mati is the owner of Outdoor Albania, an experienced company which leads adventure tours around the country. ‘The citizens recreated the space and took something that was once restricted and gave it a new life and a modern spirit.’

In the years since the communist era, a farm-to-plate philosophy has become central to Albania’s self-definition. That demand for fresh ingredients has found shape with the Slow Food movement, which is dedicated to the protection of food biodiversity and based on respect for the local heritage – a more human-speed credo.

‘Being isolated for 50 years contributed to the conservation of Albanian seeds and species – although only those with considerable yields were cultivated – and there were no foreign influences on food production,’explains Katia Zene, the coordinator of Slow Food Chefs Alliance in Albania, who believes supporting small food producers represents a move away from industrialisation and toward healthy choices. ‘The Albanian kitchen is typically a slow one, and it fits really well with the Slow Food philosophy and principles.’

Uka Farm just outside Tirana is the star of Albania’s farm-to-table movement.

To experience real Albanian cuisine, drive 11km from the centre of Tirana to Uka Farm, where dishes are made from the ingredients grown on the 2-hectare site brimming with olives, fruit trees and grape vines. Order the chicken served with polenta, roasted seasonal vegetables like zucchini and eggplant, and salads loaded with just-picked tomatoes and cucumbers. Then kick back with a bottle of Uka’s own, red Chimaera – a blend of Merlot, Cabernet Sauvignon and Albania’s native Kallmet – and raise a toast to Tirana.